It’s been dunky’s since a last saw ye…

Sometimes, some places really surprise you. Some people are wonderful, and staying in Dalmally Railway Station’s The Posting Room was one such experience. The hosts, as listed on AirBnB were Liz and Graham (Angus too). They’re ace. Graham welcomed us immediately from our train which arrived on the opposite platform. A proffering of tea and coffee, followed by some delicious courgette and tomato soup. The welcoming really was the bee’s knees. 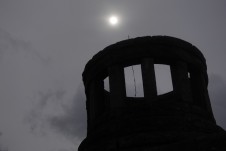 Throughout the weekend Liz and Graham offered great destinations and advice about the locality. Following a ramble up to the Duncan Ban Mcintyre monument, the path swooped down to the A819 road caressing the Loch Awe’s bankside. Here a walk to view the beautiful Kilchurn Castle and Loch Awe scenery was essential. Heavy rain and a lift back by a friendly truck driver capped off a good wander. By evening hunger had arrived. Two miles up the road later: One pub meal in Ben Cruachin Inn resulted in rhubarb crumble. I was over the moon. The mains selected on visiting were something similar to the following:

The food at the Ben Cruachin Inn is hearty and filling. The local Fyne Ales equally tasty and refreshing. After dinner, the feeding of the legendary Scottish midges commenced at Loch Awe railway station, before a short ten minute journey into Dalmally for cups of tea and bed. 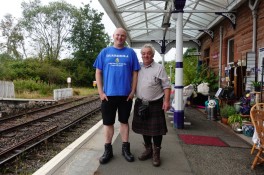 In the morning Graham delivered us more brews with porridge and some cake. If Mrs Doyle from Father Ted fame has a male Scottish counterpart, then Graham is he. That’s meant with no disrespect whatsoever. I haven’t experienced this nature of hospitality ever. A host who really cares about his guests. His partner Liz was busy with her felt studio, Heartfelt by Liz (located on the platform). Graham could be seen zipping between guest throughout the day and delivering warm pots of tea and coffee at almost every hour. It seemed everyone was invited for a brew, “On your way back, call by and come and have a brew.”

They go out of their way for you. Hospitality at its absolute best. I really want to revisit the station. Maybe next time I can try the Ben Cruachin room or the Rambler’s Rest – or ideally The Writer’s Retreat. The Shepherd’s Hut doesn’t look too bad too. All have great West Highland picturesque views, a stone’s throw from lochs, mountains and wildlife like the tawny owls or screeches of buzzards in the daytime. The idyllic village is a little far out from many places but a wonderful location for hiking, cycling and exploring the region. The venison burgers up the road in the Kilchurn Castle car park aren’t too bad an option. Add haggis. 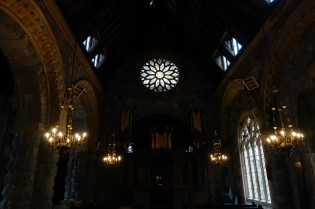 Staying in The Posting Room was idyllic. With a great variety of biscuits, porridge, jams and brew options. A rucksack of food provisions was barely needed! The final day of two involved a stroll to St.Conan’s Kirk, a church containing a bone fragment from Robert The Bruce. The architecture is splendid, diverse and varied. The architect Walter Douglas Campbell mixed in Norman, Roman, Celtic and other styles. There are famous ship timbers and it is easy to see why it was added to the Top 10 buildings in Scotland of the last 100 years list. The Royal Incorporation of Architects in Scotland made that list in 2016. The building was built around 1881 and renovated in 1906. Beyond the church there is a great tea room outside and the author Mary Stewart once resided at the nearby House of Letterawe. 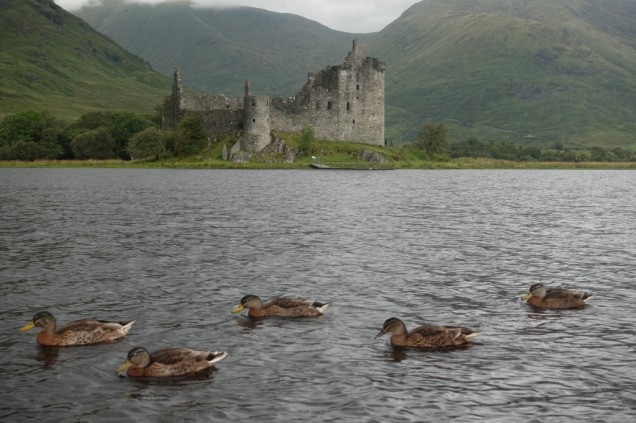 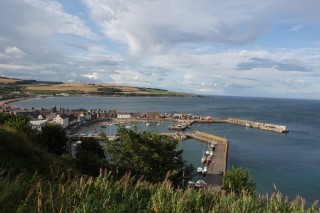 Before visiting Dalmally, the whistlestop tour of Scotland began much further east in Stonehaven. The castle of Dunnotar has featured in Victor Frankenstein (starring James McAvoy and Daniel Radcliffe), Hamlet (with Mel Gibson) and other productions. For me, it was a castle I had seen in a book. Its clifftop location, on a kind of island of rock has long stuck with me. A walk from the charming Stonehaven Harbour, passing the dramatic (and deliberately unfinished) war memorial, leads to Dunnotar Castle. The memorial on Black Hill is imposing and powerful. A line of poem can be found inside the octagonal towers. 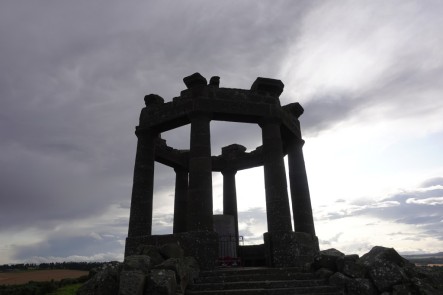 “One by one death challenged them, they smiled in his grim visage and refused to be dismayed” – Sankey’s Student in Arms

Staying with another Graham – and Sam, in Aberdeenshire, an introduction to their master Percy and enjoyed wonderful hosts. Their house at the top of a hill gave the legs some good stretching but the location was peaceful and the room more than luxurious. The monk fish and chips from the sustainability champions at The Bay Fish and Chips was the best I have had in years. They were so good, a shitehawk (a gull) dropped a bomb across the back of my navy-blue shirt with precision. It didn’t get a single chip. Back off shitehawks!

Following a night in Stonehaven, a night in Stirling was next on the agenda. The famous National Wallace Monument was visible from the room at yet another AirBnB place with Iona and her family. After the quickest breakfast ever we headed to Doune Castle – as seen as Winterfell, Castle Anthrax, and series such as Outlander. 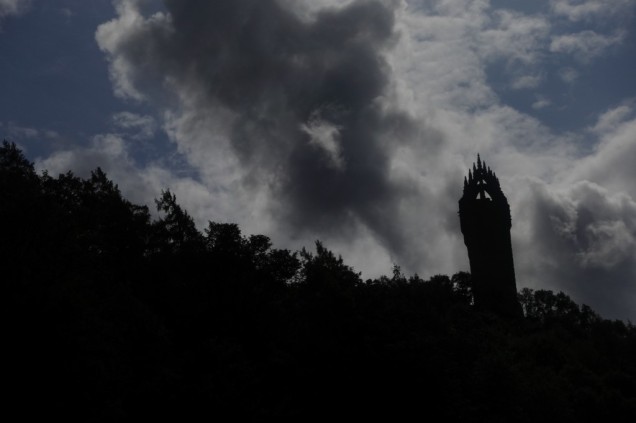 Later in the day the National Wallace Monument witnessed a 120kg man struggling up the stairs and then being thankful he had no hair to blow away, once at the summit platform of the tower. Taking in each gallery along the way on the steps down, seemed the backwards way to do it, but damned if I was going to take a break on the 246 steep steps upwards. The Guardian of Scotland and influence of legendary stories since (including Mel Gibson’s Braveheart) featured alongside exhibitions on Robbie Burns (the famous poet) and Robert the Bruce. The monument is dramatic and almost like something from J.R.R. Tolkien’s The Lord of the Rings…

From Dalmally the road (well railway) led ot Edinburgh… via Glasgow… and a route of other rained upon soggy places.