Before I write something about the adventure, here’s a useless guide of sorts.

A is for adventure. The Himalayas has long been the stalking-ground of explorers, wildlife and nature enthusiasts. There is something there for everyone, be they seeking ecstasies, peace or tranquillity. Beware of altitude sickness and similar things. See B for be careful.

B for be careful. Altitude kills. Many people are born in low climes. Their bodies, our bodies and even some people born higher up need to be careful. Don’t assume that the oxygen levels of onme highland or mountainous region are the same as another. Trek high, sleep low. Drink loads of water. Descend for any health changes. You can always ascend later. AMS (acute mountain sickness) is your body’s way of saying, “hey you, I need oxygen.” Headaches, vomiting, tiredness, sleeping problsm and dizziness are the initial alarmbells. BEWARE of high altitude cerebral edema (HACE) and high altitude pulmonary edema (HAPE). These will end your holiday trek – and maybe your life. Gradual descent and added fluids really help. It affects around 40% of people that hit 3000 metres of altitude. Just go slower. Signs can also include swollen faces, hands, pins and needles, a rapid pulse, a dry cough, and fevers. Your brain needs oxygen – and your muscles use much oxygen. Between 3500m and 5500m it is classes as very high altitude. Oxygen drops below 90% saturation in air. After this altitude, you’re in the extreme altitude zone – and guess what, there are minor fluctuations, atmospheric pressures, jetstreams, etc that can affect your pre-acclimatization and actual altitude acclimatization. Acending 300m a day is a good rule, and slepping lower than you walk, a golden rule. Acetazolamide (AKA Diamox) are available but be careful with this too. 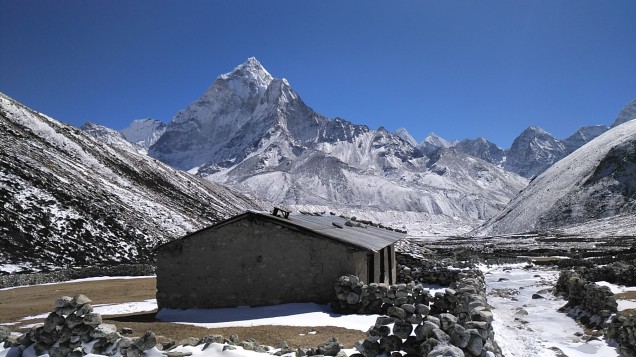 C is for climbing. Trekking from Jiri to Everest Base Camp and Kalapathar involves, “little bit up, little bit down. Nepal flat” as one local guy said on his t-shirt slogan. It doesn’t mention rock scrambling, craghopping or climbing. Be prepared for the odd hazardous leap up or down the surface of a landslide affected pathway or embankment.

D is for danger. It is everywhere but easily avoided by not being a fool. Also, delightful is a word to describe every day.

F is for flying. Many people fly to Lukla Airport via a domestic airline. Yeti, Sita, and Tara airline. Look out flying vultures and various other birds. You’ll feel like you are flying when you walk above the clouds.

G is for go. Go around October and November or March and April for the best likely weather. It is the busiest time too. December to February are classed as extreme winter. June to September sees monsoons. I’ve only ever been in January 2017/2019 and February 2019. Whilst cold, I have enjoyed great times. 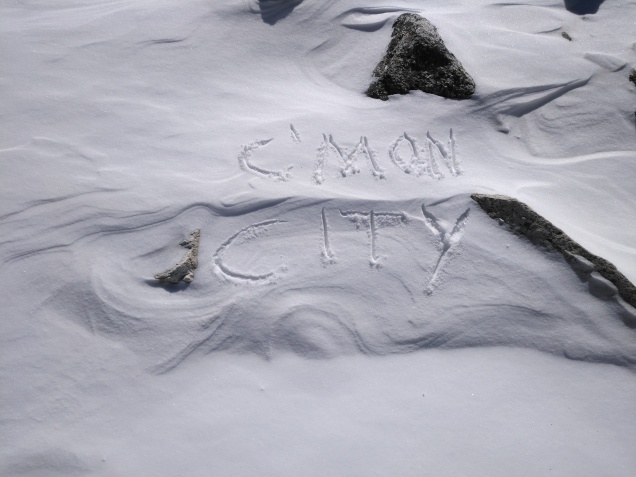 H is for happy. You will be.

I is for ice. See S for Shit/ice/mud/dust.

J is for juice. Try as mauch fruit and juice in the lower valleys. You’ll love it.

L Litter is a problem. Take it with you. Leave only footprints. Tell anyone you see dropping white rabbit sweet wrappers, or cigarette boxes etc to do so too.

M Mule trains/caravans: Wait at bridges. Wait on steep bends. Wait often between Nunthala and Namche Bazaar. Cover your mouth. Stand on higher ground, where possible. Stay safe. Take photos. Respect these beasts that are over-worked, under-rested and live a shorter-than-expected lifespand. They work damned hard and have fast taken the vacancies from emigrating porters throughout the region.

N Namaste: The friendly greeting should be spoken to everyone and anyone encountered. It is friendly and polite, a well-wishing of kind and also a brilliant ice-breaker for opening unexpected conversations. You can walk the walk, and I guarantee after using this simple word, you’ll be talking the talk with many interesting locals. Try also, Tashi Delik to Sherpa people.

O is for “Oh my…” – used in phrases like, “Oh my gosh!” and so on. The Himalayas provide awesomeness that is too big for wording, yet we do our best to under-exaggerate the true overwhelmingly breath-taking tremendousness of the vastly remarkable and astounding landscape. 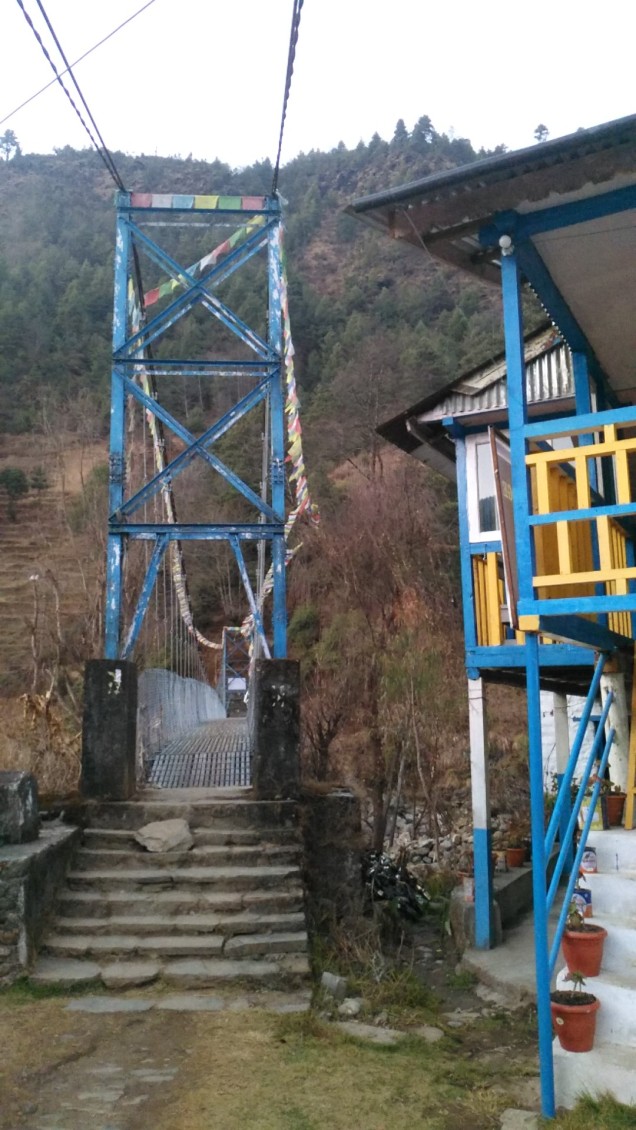 P People: The mountains are home to various ethnic groups. Across Nepal there are around 125 different ethnicities. Don’t assume that everyone is Sherpa. There are increasingly numbers of people crossing former racial boundaries. Be polite, inquisitive and learn as you go about the different groups of people.

Q is for quarry. You may be prey for a tiger or leopard but their frequency is low so don’t worry. You’re more likely to fall into a quarry (pit) created by the new road network from Jiri to just past Nunthala (at the time of writing).

R is for rucksack. Some people say backpack, but they probably also call a pavement sidewalk. Rucksacks are essentially a daily nuisance and a massive help. The bother of carrying things that you probably don’t need does not outweigh the joy of finding something useful for just one essential moment. You can never have enough gloves. Red tape can be found in buying a Sagarmatha National Park permit is required – 1000RS (about $11.50, US dollars). A local permit for Lukla upwards. Dingboche even has a local set price of 500NPRS per day if you stay there.

S Shit/ice/mud/dust: the surfaces that you walk on are rocky and hazardous at best. To make matters more fun in winter, ice and snow are added. The constant flow of mule and yak-hybrid trains (or caravans, as they are more commonly known) gives extra traction-resistance to your shoes. Your boots or footwear will be tested in ways that gravity wants to work on you. Big falls, patches of black ice and jolly stinking puddles of mule piss await. A dustmask for the drier trails is advised, otherwise your nostrils will have black sticky dry mucus galore.

T is for trekking poles: Be careful. They damage pathways – but they also steady footing. The new Nordic pole fashion of walking works extra muscles, bums and tums, etc. Third pole refers to the glacial arrangement and icy landscape of the Himalayas. Some predict an expiration date by the year 2100 (C.E.). Enjoy it whilst you can!

U is for “unfortunately”. “Unfortunately, the weather is no longer clear. You can’t see Everest.” Expect clouds in the mountains during summer and winter. I met Rhys from Wales who planned to make a panoramic photo of Kalapathar with just clouds around the 360-degree view. This would be a stark contrast of the usual clear 360-degree pan of peaks and gorges beneath. 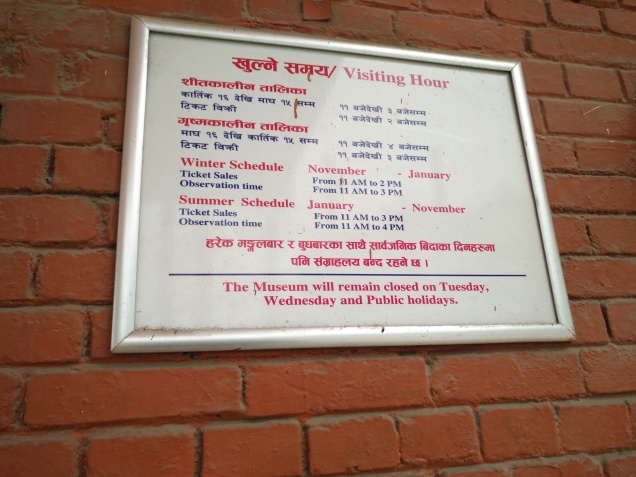 V is for voles. There are plenty on the trail and some pop their heads out just long enough to be seen by trekkers.

W is weather. Respect it. Each mountain can create its own microclimate and the whole region can change from sunny and clear in one minute to blizzards and monsoons in the next.

X is for xylophone: I didn’t see one. There are many interesting musical instruments in Nepal. Try to hear a few in action and the local songs too. Folk music in the heart of the Himalayas adds extra feeling to the beautiful tones of music. X-rays are avoidable – but falls do happen so take great care not to visit a hospital, or health post on the walk.

Y Yaks: Yak trains/caravans are plentiful between Namche Bazaar and up to Dingboche. They struggle below 3000metres of altitude. The very odd one can be found lower down the valleys but they’re rare. Y is also for yeti. I didn’t see a single yeti but Pangboche Monastery has a skull, hand and a multitude of stories about said mythical creature. In my opinion, an unvalued one at best, it makes sense that an ape-like animal of Orangutan, gorilla or chimpanzee origin or likeness once filled the higher terrain of the Himalayas. Either way, it is a mystery yet to be disproven.

Z is for ZZZZzzzzzz: It always is. In winter, sleeping early is great and waking up may well be cold, but it is most rewarding. A good rest is advisable especially when your muscles feel fatigued. Remember, that your muscles need oygen and carbohydrates. Don’t skimp on providing them either. As you get higher in altitude, manage your muscles and sleep well.