Happy Christmas and merry new year to all, especially if you’re working for the state-owned National Health Service (NHS)… 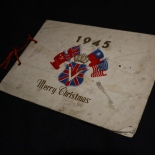 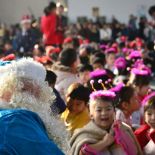 No Time To Die is the name of the new James Bond movie. The greying secret agent is retired. Britain is on the edge of an abyss. This reflects the mood around Brexit and the new Conservative government to some degree. My biggest worry is the NHS. Why? Well, O was born in Crumpsall Hospital in northern Manchester. It is now known as North Manchester General Hospital and has swallowed many satellite and neighbouring services. My younger brother Paul was born in St Mary’s Hospital, now part of the Manchester Royal Infirmary and University Hospital. Aside from that in Manchester, there remains Wythenshawe Hospital, a few walk-in centres and many health clinics. Dentists are out there but the waiting lists and pool of choice is limited.

There are so many people that complain about NHS waiting lists, the quality of care and the quality of aftercare. The NHS is an ugly state. It has been there for many people throughout the years offering a safe gateway into life – and one for departure from this life. It has shown me a leg fracture, bacterial infections from bites and helped me to stay inoculated. It has reinforced my immune systems, like many other people and kept my eyes in working order. During our junior years it has ensured that we all have the right access to care, that many people around the world cannot imagine. I wonder how many people take advantage or overlook this wonderful service. It can’t be taken for granted, yet many do just that.

The Conservative governments of old privatised many industries and denationalised many services. Profit always over community. Social care shrank under every Conservative government and not surprisingly people suffered. Financial despair piled onto an already overwhelmed mental healthcare network. Now, many could argue that the NHS mental health network is a collection of scattered national loose threads, waiting to be blown away by the next passing wind. Every link added is an example of tragic failure.

Typhoon Johnson is here. The vulnerable are not his concern. Status quo: an existing state of affairs which means more of the same. How things stand will be austerity and graveness as per the last decade of self-denial and scarcity given to a nation divided in more ways than one. Dividing people on issues of immigration and Brexit has won his party power. The foreigners and those who come to the UK for sanctuary are apparently to blame. Small numbers in a big pond, escalated to sell newspapers and destroy what little harmony in multiculturalism has been sewn over the decades. The tapestry is torn open to take plenty from an economy and ensure the few rich get ever richer and those at the bottom of the food chain remain just that.

Damian Green MP has announced plans for an insurance-based healthcare system. Nicky Morgan announced 50,000 new nurses (but it should take a decade), and that the government does not have a plan to stop swathes of NHS nurses leaving at present. Boris the Butcher Johnson started the Brexit campaign in front of a red bus with a slogan about taking back £350 a week from EU funding to be spent on NHS funding. Will there be any NHS left to receive this bullshit figure? Probably not. There are campaigns and investigations underway with a disturbing amount of strength to say that the NHS will be flogged. In 2018/19, almost two thirds of NHS jobs were farmed out. Ambulance service staff in Worcestershire are will be replaced by E-zec Medical Transport staff in April, according to numerous sources. Savage spending cuts instigated under David Cameron as Prime Minister in 2010 have kept on going. Many senior Conservative MPs have made profit from various sale of NHS aspects and deals. Conflict and interest? Just ask Dominic Cummings. Or smoke it all away.

Not content with shuffling Premier League football around, even Amazon are cashing in on our wanted data. The NHS has many examples of outsourced failures. There’s nothing like malnutrition and dehydration when you go to hospital! Mitie, a massive capitalist cleaning organisation spent £111 million to buy a home care division. Five years later it sold it to Apposite Capital for just £2. Yes, two lousy pounds. They blamed the minimum wage and local authorities for causing them losses. Serco, Allied Healthcare, Circle, Viapath, Arriva, Care UK, Horizon Health Choices, BMI Healthcare, Virgin Care, Capita, Concordia Health, Vocare, Coperforma, Greenbrook, and other such companies head a list of bastards threatening or damaging the NHS. 40 new hospitals were promised by Boris Johnson, but none are financially sound.

Oh, and as the landslide General Election winners crack on… The government is looking at ways to axe current environmental protection laws. Workers rights? They’re up for the chop too. Merry Christmas.

This year I have made a donation to Come Together Community in particular sponsoring my colleagues Gerry and James as they attempted and completed the gruelling Dongguan Marathon. Both are no strangers to distance runs having completed dozens of half-marathons and a few full marathons between them. Come Together Community (CTC) was set up to assist three local charities. They are Lanjing Ling (LJL) – 蓝晶灵, Zhuhai Autism Society (ZAS) – 珠海市自闭症办会 and the Charity promotion Association of Zhuhai (CPAZ) – 珠海市爱心促进会. Over the last five years CTC has raised and donated money both legally and transparently. It’s won awards too. Hundreds of underprivileged children and orphans around Zhuhai city in Guangdong province have benefited, as have their staff and supporters. CTC has a continual relationship supporting some of society’s most vulnerable people. Some of the events to raise funds include music events and much more. If you interested in donating, sponsoring or becoming a volunteer, click their website here. My second donation will go to Classroom in the Clouds, in expectation that I can hand drop some books in Nepal when I visit in January and February.